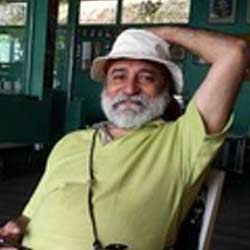 When I retired prematurely from a very remunerative job in 2004,after slogging it out for nearly four decades,I looked forward to a legs-on-the-table and hands-in-the-pockets style retirement.It wasn’t a crystal ball that suddenly reminded me two years later,that all the savings I had built up for a rainy day,were melting away in the hot Indian summers!

It was a chance overhearing a Reliance AMC executive advising a investor that ‘Sapna’ had suggested to her clients to invest in a particular Mutual Fund. After the investor left,I found out that ‘Sapna’ was Ms Sapna Narang who ran a Wealth Management Firm called Capital League along with her Partners Rajul Kothari & Vinita Idnani…...and before you could mumble EBITDA,I was in the lift going up to their Office. That turned out to be a pot of gold at the end of the rainbow!

I haven’t looked back since! The financial Security that Capital League has generated for me, my family & friends cannot be calibrated except to say it’s been a very ‘Paying' -pun intended- relationship from the first day.A smart collection of highly educated ladies do a stellar job of managing the intense paper-work, keeping up with budgetary changes,RBI-SEBI regulatory advisements, sorting out the KYCs and moving the client’s capital around during downturns that are becoming as common as Sundays in a dynamic economy like ours etc etc...all done effortlessly with competence everytime.

I sincerely appreciate the high standards Capital League maintains in all aspects of dealing with their clients.